I recently received the BL-1 Bluetooth TIDRADIO Wireless Radio Programmer and started to play with it. The idea sounds really nice, replace those programming wires with a simple Bluetooth device that can work just as well. As with most things, how things seem in your mind and the way they play out in real life can be quite different. 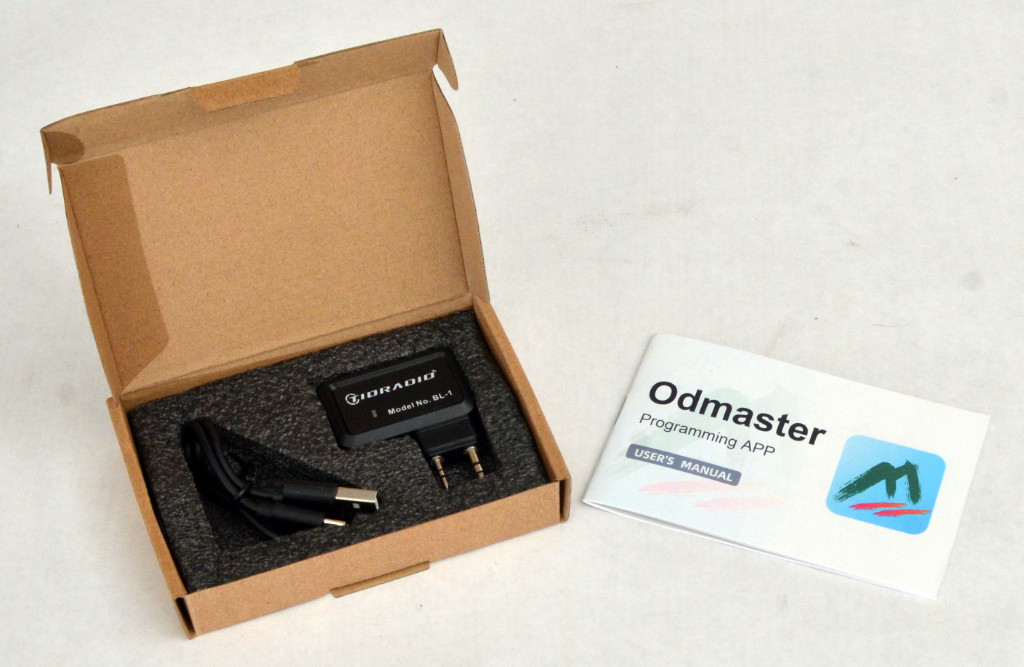 Opening the box for the TIDRADIO Wireless Radio Programmer presents you with a tiny little book, a charging cable, and the device itself. Nothing fancy, of course, it doesn’t need to be. The charging cable is USB-C which I really like since most of my stuff is moving over to that anyway. Heck, my new laptop has nothing but Thunderbolt ports (fancy USB-C).

I threw the TIDRADIO Wireless Radio Programmer on the charger for a while to make sure it wouldn’t die mid-program, as that would be bad. It charged fast with no problem turning its light red while charging and then off once it had a full charge.

When I first plugged the TIDRADIO Wireless Radio Programmer into a radio, in this case, a Baofeng UV-5R, I followed the directions in the little book. The book is small but has clear pictures and clear instructions. I was actually very impressed with the book. Most radio books, particularly from a Chinese manufacturer, are at best an afterthought. Not so here. The English might not pass muster with a Harvard English Professor, but no one should have any problems at all with it.

The first step in the book for the TIDRADIO Wireless Radio Programmer is to download their app. The download is small and took only a couple of seconds from the Apple App Store. Oddly enough, I could not find the app on the Google Play Store. I emailed support about not being able to find it, more on that in a second. Installation was straightforward and easy with no surprises.

On Android that was a different story. Support replied to my request within 24 hours so that was a nice thing. They said they checked and it was indeed on the Google Play store when they looked and included a screenshot as proof. That at least tells me they tried it, unlike so many tech support requests where it seems like they just issue a canned reply, again that was nice. 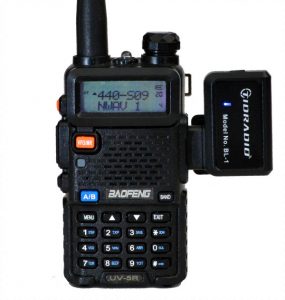 Unfortunately, I looked again and couldn’t find it. So I did some digging. When I went to the web version of the Google Play store, there it was, but it was not there with my Google Play store app. My suspicion is that since I am using a tablet instead of a phone, it stops the app because it says it is incompatible.

With Android, you have other options, so I sideloaded it by going to https://m.apkpure.com/odmaster/com.tid.walkie and directly downloading it. I was able to install it just fine but launching it presented some interesting notes. When it asked for permission to send and receive calls using my phone I said no, when it asked for permission to access my files and folders I said yes. The app promptly crashed and refused to launch ever again, sending me to the settings page instead.

Uninstalling and reinstalling the app for the TIDRADIO Wireless Radio Programmer I allowed permission for both things this time and it came up to the login and registration screen. I am not sure why it requires permission to make and receive phone calls in order to run, but it does. Since I am on a tablet that isn’t too much of a security risk.

Once the TIDRADIO Wireless Radio Programmer software was installed and working, it asks you to register for an account. Red flags went up right there. Why in the heck do they need my email address, sex, and date of birth to let me program my radio over Bluetooth? I can think of a few reasons, none of them good. So I signed up with a temporary email address I created on my server to see what happens.

It never wants to verify the email address so I assume you could put anything in here you want. Once the registration process is done and I am in the app there are a series of pop-ups that show you how to use the app. While I appreciate the help the app is simple enough this might be a little overkill for most radio enthusiasts.

Following along with the TIDRADIO Wireless Radio Programmer book it holds your hand through an already really simple process. Connection to the radio, reading data, changing data, and writing it back to the radio were all very simple and fast. I would say roughly the same speed as a programming cable, perhaps just a tad bit slower but I am really having a hard time saying that with a straight face.

Programming using the TIDRADIO Wireless Radio Programmer on a smartphone is ok, but not super comfortable. There is just a lot of information on a tiny screen. They do a good job of presenting the information and making it as easy to use as possible on such a small device. I sure wish there was an easier way to manipulate the data. Turns out, there is!

At this point, I should mention that the TIDRADIO Wireless Radio Programmer works equally well on both iOS and Android devices once you get it installed. I am quite sure with an actual Android phone the app would show up in the Google Play store just like it does with the Apple app store. I will also point out that this is absolutely a phone app and not a tablet app but that doesn’t really affect its usability.

You can open up a web browser and go over to web.odmaster.net and log in using that same email address and password you used to set up an account in the app. That explains the need for registration! When I first tried this, it refused to let me log in. Going back and reading the TIDRADIO Wireless Radio Programmer book told me that I needed to enable that option in the app before it would work. Turning on the “Remote Program” setting immediately allowed me to log into the website.

Moving back and forth between the TIDRADIO Wireless Radio Programmer‘s app and the web interface is easy and seamless. I really didn’t expect something this well put together but it is clear they put some time and effort into making this work.

I used the programmer on a variety of radios including a pair of UV-5Rs, F8HP, UV-82, F8+, and several others. The general rule for the TIDRADIO Wireless Radio Programmer seems to be if the radio is more or less compatible with a UV-5R, you are good to go. They seem to be expanding that and have a pretty good selection of radios supported. If your radio is pretty much a UV-5R with different plastic and stickers (which is a LOT of radios), I would bet this would work just fine.

While reading other people’s reviews on the TIDRADIO Wireless Radio Programmer I ran into an interesting complaint: that the programmer would not work if you did not have internet access on the device you were using to program with. So, for example, if you were using your smartphone and you did not have wifi or cell service wherever you were, the programmer was useless. I can confirm that is indeed true.

On the flip side of that, I tried to think of how many times I programed my radios with my computer without internet access (even if I didn’t use it), and that number was zero so I am not sure this “problem” is really a problem for me.

My go-to for programming most of my handhelds is CHIRP which I have been using for years. How does the TIDRADIO Wireless Radio Programmer stack up to using CHIRP and a cable? Let me break it down into some pros and cons:

For me, I don’t think the TIDRADIO Wireless Radio Programmer will replace my CHIRP use as I just have too many radios and too many backups for too many years. It will, however, make it into my field bag and possibly a second one in my car’s glove box. It really is that convenient. I absolutely recommend it.

If I had a wish list for the TIDRADIO Wireless Radio Programmer it would be that they support more radios (even ones that require a different physical adapter), the ability to program directly from a PC using Bluetooth, and the ability to backup radio configurations to an offline source such as my laptop’s hard drive.

As a final note, I have been checking that custom email address I set up to register the TIDRADIO Wireless Radio Programmer software with and it has not received a single email. I am very pleased that TIDRADIO has not spammed me, or at least so far, sold my information for other people to spam me.

I hope you enjoyed my review of the TIDRADIO Wireless Radio Programmer.